This photo was created by the organization “Battle for Veterans” a U.S. Based group dedicated to working with veterans and their families. Visit them at www.BattleForVeterans.org

A few years back I was writing a story for a newspaper on Remembrance Day.  Wanting to have an accurate account of the Canadian soldiers that had been killed in Afghanistan I went to the Canadian Forces website to find out the latest numbers of Canadian casualties.  At the time it was 99.  Drawn to the young faces of our Canadian men and women, I felt I owed it to them, not just to write about them as a number, and as a statistic, but to take the time to scroll through all 99 photos and see firsthand the men and women who had given their lives.  At around number 66 my fingers froze on the scroll button.  For there was the young face of a kid who I once taught Martial Arts to when he was just a smiley young goof.

In an instant my vision of war and of the soldiers I had always remembered in a vague “that was then, this is now” sort of way changed forever.

My parents had grown up during WW II in Scotland, and had stories to tell of having to head to bomb shelters instead of going to school, and of my Grandfather and Great Uncle spending 8 years in East Africa (back then there wasn’t a tour of service and very little “leave”).  As well my children’s other grandparents, who had grown up in Holland – were literally saved from starvation from the food parcels Canadian soldiers dropped to them from the sky.  A dramatic retelling that ensured that I brought my children diligently to Remembrance Day ceremonies to pay tribute to the soldiers that ensured their existence.

But that was wartime – then.  Back before we knew better.  Back before unmanned vehicles and well executed high technology played a role in saving our soldiers in Afghanistan from the same fate as their “brothers in arms” from World War I & II, and the Korean War.  At least that’s what I thought untill I saw Jordan’s face.

Turns out, even if technology and advances have ensured that we have lost a great deal fewer soldiers than ever before, even one soldier is too many.  These men and women, those who have fallen and those who still serve, aren’t just statistics, they are someone’s son or daughter; someone’s spouse; and in some cases, someone’s parent.

There are now 158 Canadians that have given their lives.  Yes, you may well say, it was their job and that they knew the inherent risks, but it’s because of the type of people that they are in the first place that they even chose to become soldiers. And we could all be a little bit more like them.  Those who have fallen and those who still serve have given us the greatest gift of all – their lives.  A gift we should never forget.

So where should you “Go” this Remembrance Day?  Go to the nearest Remembrance Day Ceremony nearest to you or your community.  It’s not too far, nor too much time out of your day or your life. Go and pay your respect to Canada’s fallen soldiers, and indeed all of the soldiers who have or are still serving this country. – Lest we forget the gift we’ve been given.

Swift Current: Parade at 9:00 am from the Legion to the Cenotaph, followed by a ceremony held at the Swift Current Comprehensive High School at 10:30am. There is a social gathering following the service in the Legion Lounge (Tickets only avail until Nov 7 – $10 call the Legion office at 773-2766).

Morse: Unveiling of the newly built Cenotaph in Morse will take place in front of the Town Office, at 10:00 am followed by Remembrance Day ceremonies.  Following will be a free brunch at the Community Hall.  Everyone is welcome to attend. 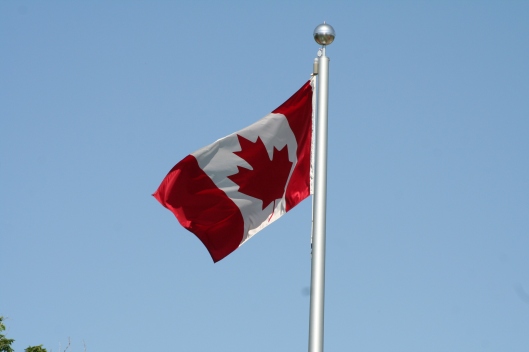 The flagpole at the Cenotaph in Swift Current.

John Wort Hannam – an Albertan musician who has played in the Southwest many times wrote the song “Infantry Man” for a friend whose son went to Afghanistan. It started out happy but changed drastically when the young man was killed in action less than a month into his tour.

How to GoHere:  Luckily and sadly at the same time Cenotaphs are one of the easiest things to find no matter which community you find yourself in on Remembrance Day.  In Swift Current the main ceremonies are not held at the Cenotaph because of uncertain weather conditions.  Now they are held at the Swift Current Comprehensive High School, which can be seen from the Trans Canada Highway just between 7-11 and Subway at 1100 – 11th Ave NE (you can’t miss the football field – but if you do…GoHere to this map).

Gotta Go:?  Those attending outdoor ceremonies across the Southwest will just have to soldier on and hold it.  Those at the Swift Current Comp High School can use any of the washrooms in the school (The ladies staff washroom is located just off the front entry way).